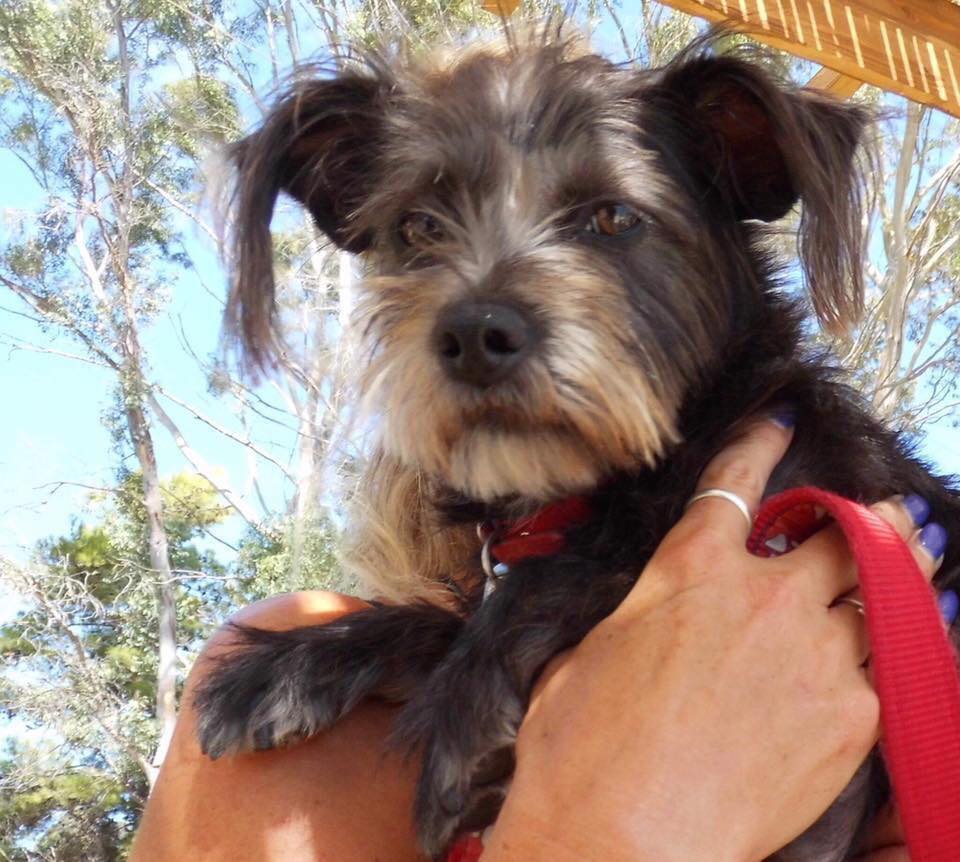 How I met my best friend and soul mate!

My first visit to ARK

Whilst on holiday in 2014, I heard there was an animal sanctuary run by volunteers just outside of Argostoli.  I have been an animal lover all my life so decided to pay them a visit.  It would be impolite to turn up empty handed so I purchased some cat and dog food and made my way to the shelter.

I was met by a lovely Lady, named Melissa, who showed me around, introduced me to all the dogs and cats  and told me many stories, some very sad but with happy endings. Melissa introduced me to Marina, who founded ARK because of her love of animals and realisation that a shelter was badly needed, on the island.

At that time, I had a beautiful dog, called Bonnie, who had been my best friend for many years. The following year, I sadly had to let Bonnie go to rainbow bridge, after fourteen and a half happy years. I was devastated but waited three months before I knew that I could not live without a dog in my life.

So many beautiful dogs all deserving of love

In July 2015, I once again visited ARK, this time knowing that I would be taking a new friend back home with me. I went with the idea of adopting Ted, a very frightened little boy, who had a very bad start in life. When I arrived at ARK, I met with Meredith, who was volunteering there for the summer. I told Meredith that I had come to see Ted and she took me to his enclosure. Sadly, at that time, Ted was too scared to come out of his kennel and was obviously not ready for adoption.

Of course, I fell in love with every single dog, especially Hermes, who put his big paws around my neck. I had recently moved from a house to a flat and knew that having a big dog was not practical. That day, I left ARK, feeling confused, not knowing which of these gorgeous dogs I was going to share my life with. I spoke with Alison McGowan that evening, who suggested that I should meet Dorothy.

The following day I returned and met with Nick, who was also volunteering for the summer. I told Nick that I would like to meet Dorothy and he took me to the puppy pen, where this little scraggy dog was trying to climb up the fence. Nick informed me that Dorothy was also called Houdini, so called because of her ability to escape from every enclosure that he put her in. Nick went into the pen and took Dorothy out. This is where our love story began.

I held this little girl and she kissed my face. Well, that was it. I knew that she would be coming home to live with me. I was then introduced to a lovely lady, called Madeline, who said that she would help me with the adoption process.

Preparing Dorothy for her journey to the UK

The following day Madeline accompanied me to a lady vet called Spiridula. Spiridula gave Dorothy her rabies shot and prepared her passport for travelling.

I then went home and called Thompson airways, who gave me all the guidelines for transporting a dog back to the U.K. I purchased a travelling crate for Dorothy and booked her place on a Thompson flight for the end of July.

Madeline, very kindly, offered to take Dorothy back to her home and keep her there until she was ready to travel. It was such an exciting time, I couldn’t wait to take her home.

I had to travel back to the U.K. but my Partner said that he would stay and travel with Dorothy.

Madeline was an absolute angel. She washed Dorothy and took her to the airport with my partner. In the mean time, I was trying to think of another name for her, as I thought that Dorothy was a bit long. I decided to call her, Kiki.

On the 25th of July, I drove to Gatwick, to meet my partner and Kiki. That was a day I will never forget. It was so exciting. I drove to the cargo area in Gatwick and after a vet check, this little bundle came bounding out to meet me. I picked her up and cuddled her as I took her out to my car.

It really was happy ever after …

We have had an amazing two years together. I hate to go anywhere without her and so she is a well travelled dog. This year, we decided to take her back to Kefalonia, to meet up with some old friends. I especially wanted her to meet Catherine Candy, who had fallen in love with her while she was at ARK.

Needless to say, we had many happy meetings and Catherine fell in love with her all over again. Kiki is my best friend, my soulmate. She is clever, loving and funny. On my darkest days, she has made me laugh with her funny little personality. She loves all people and dogs. She is just a bundle of love.

We have also met up with two other ARK babies, Lulu and Teddy, who were adopted by my friend, Cristina.

With the help of Teresa Keohane, we hope to meet with many more ARK dogs who live in the U.K.

I am so grateful to Mariana and everybody who is involved with ARK without whom I would never have met Kiki.

Without ARK, it does not bear thinking about what may have happened to all the lovely animals who have been saved. These people are angels and there are many of them. There are people who foster, do vet runs, build shelters, make beds, fundraisers, arrange adoptions and much more.

I would strongly recommend adopting an ARK baby. I have had dogs all of my life and loved every one of them but there is something very special about ARK dogs. They have that special something. So, I’d like to thank everyone involved because without all of you, I wouldn’t have my very special girl, my love, my Kiki.