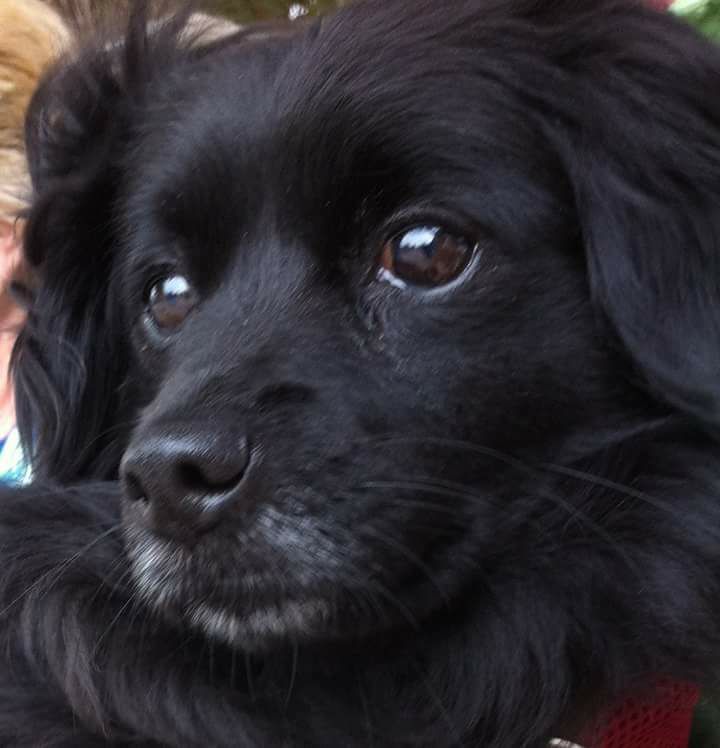 What could possibly go wrong?

Our first ever visit to the ARK was in 2013 with the sole intention of dropping off a donation and nothing more. I thought it would be safe to visit the shelter as we’re far too practical to think about adopting a dog from a foreign country while on holiday.  We hadn’t bargained on meeting Bobby!

As we pulled into the parking space the first dog we met was a very distraught, very small, very black Pomeranian cross who was desperately crying and attempting to get our attention. We gave him a scratch on the head and walked on. He yelled at us as we walked away. In the second pen a group of young females came rushing up looking for a fuss but they were having fun chasing each other and playing with their water bowl. The third pen housed a group of boy puppies who rough and tumbled and waited for us to throw a tennis ball for them.

Such a lovable little face!

In all we spent about half an hour meeting the dogs and talking to Marina. As she walked us back to the car the conversation turned to the first dog we had seen who seemed much more anxious than the other dogs.

Marina explained that he had literally been dropped off about 15 minutes before we arrived. Illness in his owners family meant they were leaving the island and couldn’t take him with them. The problem was that as he was very small and a house dog so it would be difficult for Marina to place him with the bigger, street dogs in the large pens.

We stroked him again and drove off. 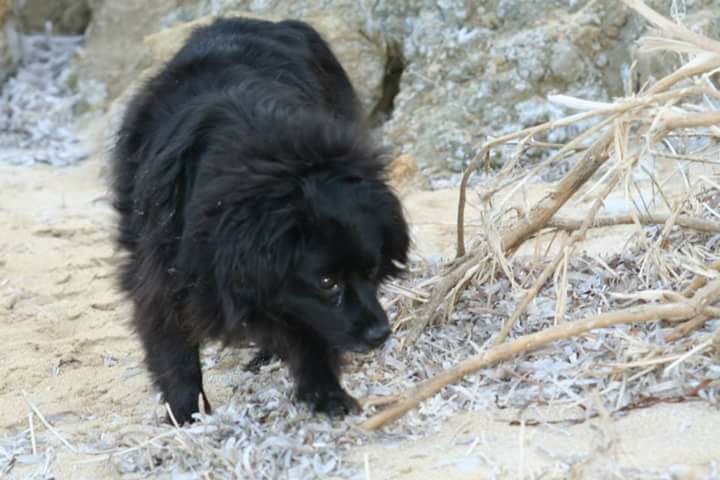 Bobby scavenging on the beach !

At the end of the lane we looked at each other. Stuart said I’m going back and promptly turned the car around to return to the shelter. We asked Marina if she would consider letting us adopt him and within an hour arrangements were being made for his passport and an amazing foster home found to keep him safe.

We couldn’t quite believe it was happening but the thought of leaving that unhappy, black scrap was unthinkable. A few days later we left the island but in a matter of a few weeks we were heading back down the M4 to meet the transport run that had brought him over to the UK. 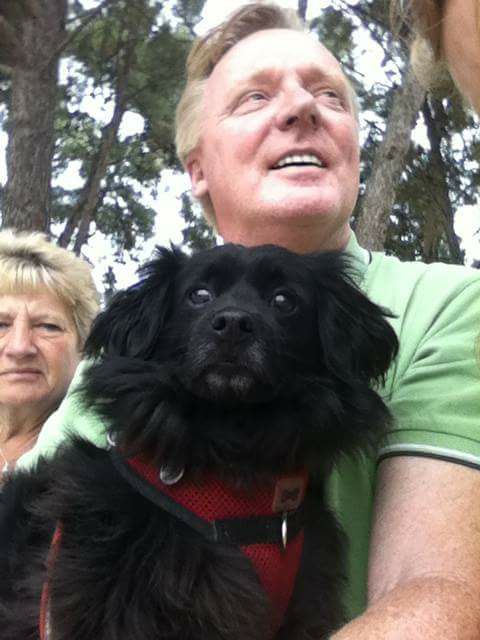 Bobby with his Dad !

However, it wasn’t all plain sailing. Bobby fitted in very well with the other dogs straight away but not long after he arrived we could see he was quite an excitable dog to the point where he would tremble and bark non-stop for no apparent reason. He was a very happy boy but just seemed a bit over excited at times.

Within a couple of months he started showing signs of seizure activity which we managed to capture on video. We’d had an epileptic dog before but these seizures weren’t the same at all. Our vet took a look and agreed that he seemed to be having some sort of epileptic episodes and started him on medication. The seizures gradually became further and further apart and then seemed to stop completely. 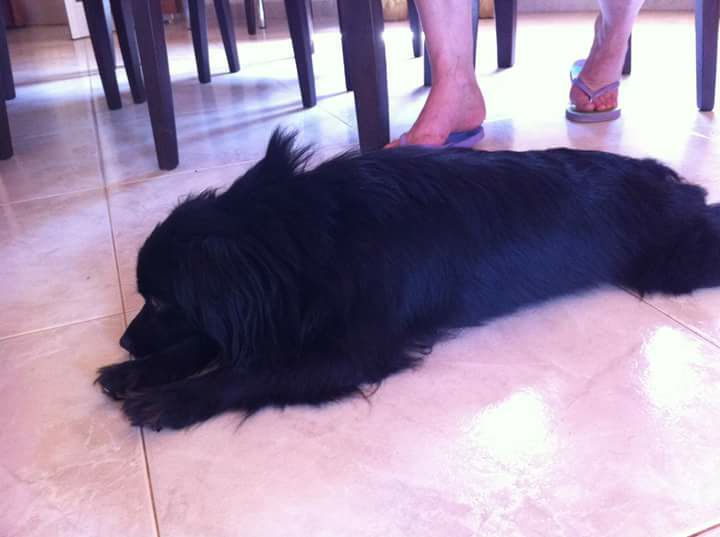 This photo was taken the day we adopted Bobby

Bobby began to enjoy a normal life and managed so well that we stopped his medication.  All went marvellously until a year ago when the seizure symptoms gradually began to appear again. There was no apparent reason or major changes in his life but somehow they’d started again.

We got him back on his old medications but they weren’t as effective this time. We tried different doses right up to the maximum but nothing seemed to stop them. Our new vet, Spiridoula, suggested using an old fashioned drug that had good results but may possibly be harsher on his little body than his current medication.

We had to make a decision about his medication … 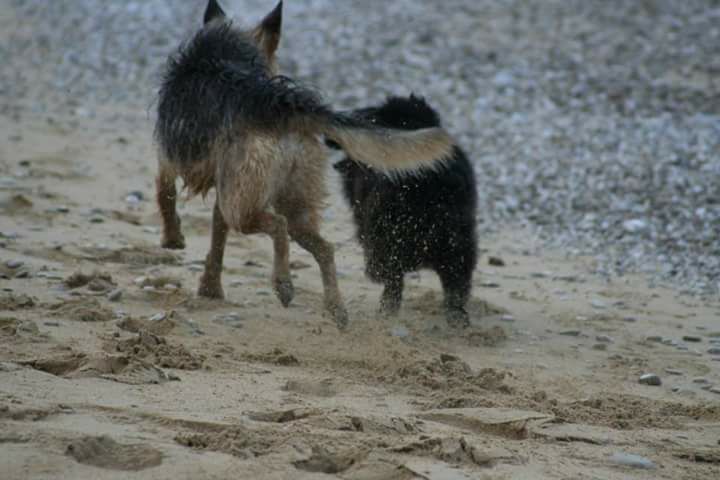 Bobby running with his sister!

It’s at this point you have to weigh up the pros and cons of quality over quantity and hope you’re making the right decision for him. But, watching him become frightened and upset during those horrible episodes, which were becoming longer and more frequent every week, was heart breaking and we made the decision to change his medication.

His new medication now seem to be working really well, even though he does still have the occasional episode. But on the bright side, they’re much milder and shorter seizures than before. We can even distract him with a bit with food during one now, which at least takes his mind off it.

So I have to say that in many ways our first visit to the ARK didn’t go at all as planned but it definitely didn’t go wrong. We certainly wasn’t expecting to adopt a dog that day and not one with any health issues, but we’re so glad we did on both counts. Giving him a home and making sure he’s as well as he can be is the least we can do for the little man who brings us so much joy. We do worry about his health a bit but we know he’s happy and enjoying life which all you can expect.

We need to say a big thank you to ARK for being there for Bobby.   Who knows what may have happened to him without you