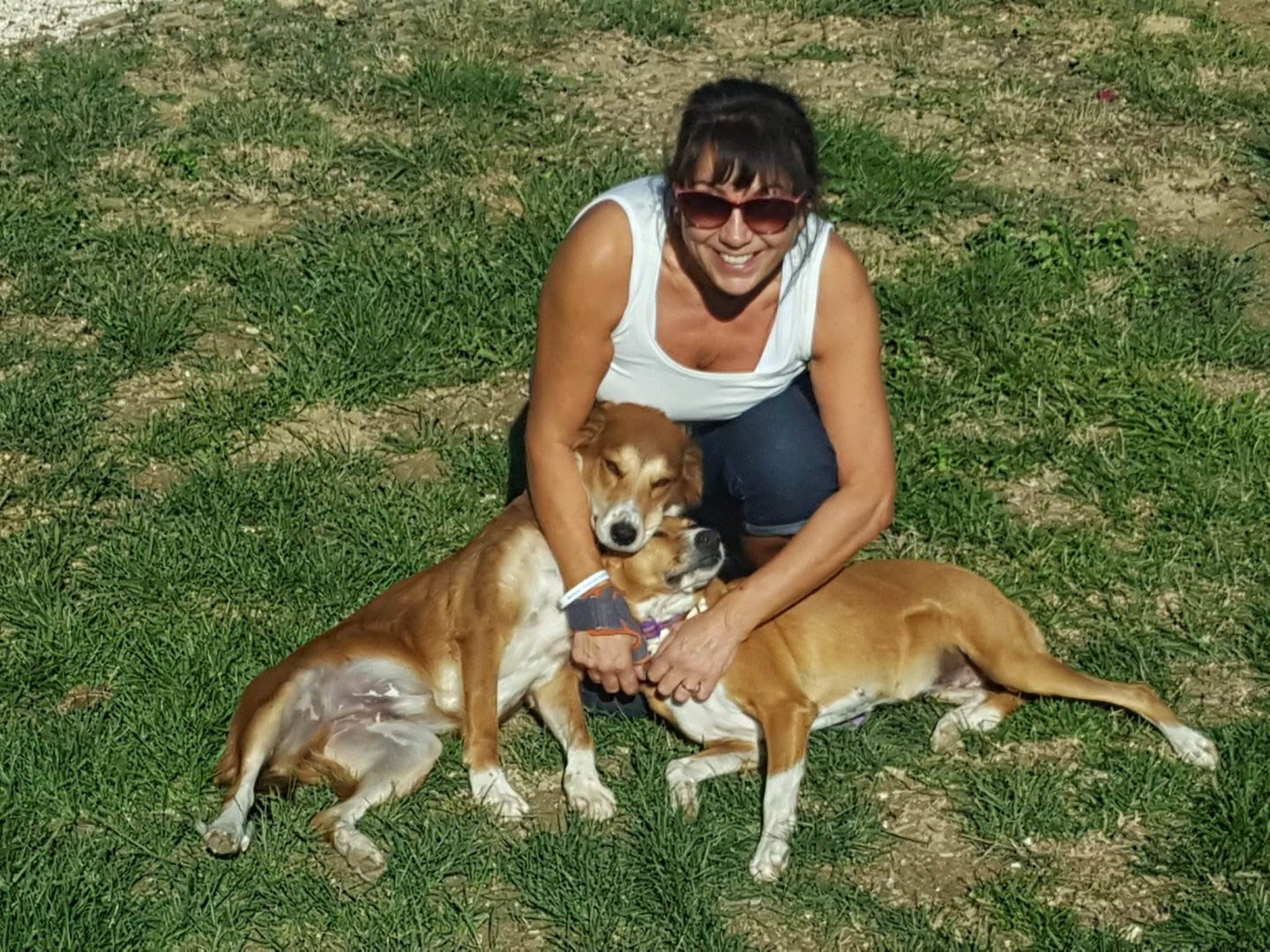 I was no stranger to the Animal Rescue Kefalonia  (ARK) shelter having volunteered there on numerous occasions. I offered my services as a qualified dog groomer (personally I prefer dog beautician) and there was no shortage of clients! We had thought long and hard about adopting an ARKIE and now that all our plans had fallen into place it was time to choose.

We arrived at the shelter all excited. In the puppy enclosure between the two cat houses there was a little female puppy which caught our eye. As we stood outside the enclosure a young boy puppy was passed to me to hold, well it was love at first cuddle! 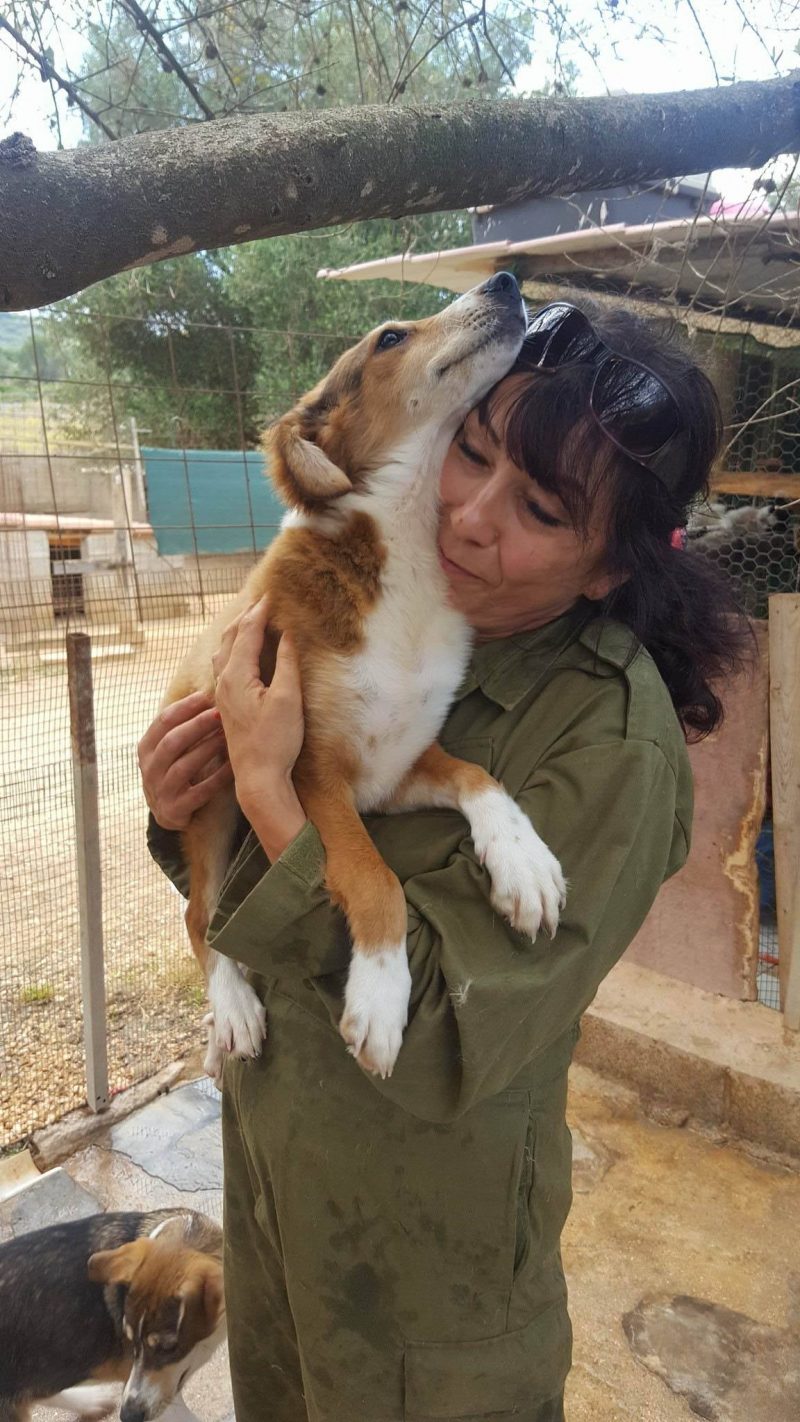 It was love at first cuddle

We knew that the little puppy was coming home with us, we had already called him Theo!

So there we were with our beautiful young Theo; puppies learn their social skills from their mother but the whereabouts of Theo’s mother was unknown. We thought maybe an older dog to act as a surrogate mother and mentor him would give him a good start in life so then we had to think about a suitable older ARKIE.

A puppy needs a mentor …

Well, it didn’t take much thinking about, MAMI sprung to mind immediately. I had known Mami for several years having been in contact with her and her puppies during my volunteering periods. Marina told me that Mami was the first dog to be registered in the ARK Book!  Mami had arrived at ARK with her four tiny puppies. The female puppy has been adopted but her gorgeous boys Anton, Wolfie and Boxie are still waiting, hoping to be adopted. It is such a shame that they don’t have family homes as they are wonderful, just like their mother. 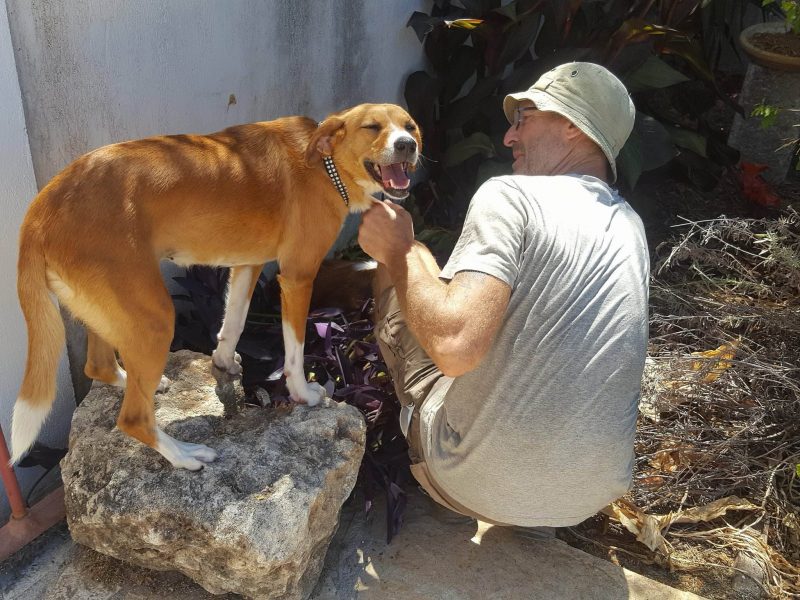 On Thursday 15th June 2017 we took possession of our two amazing new family members. It was an exciting and slightly anxious time as the two dogs had not met each other and we were unsure as to how they would react. We needn’t have worried. They were friends within a very short time and now are inseparable.

Theo and Mami were terrific house dogs from the start, there was no need for toilet training (for which we were very grateful) they both went outside to do their little Pee’s and Pooh’s! Overnight if they have the urge to go outside they let us know by coming into the bedroom and giving us a gentle nudge – this happens very rarely, but aren’t they clever these ARKIE dogs! 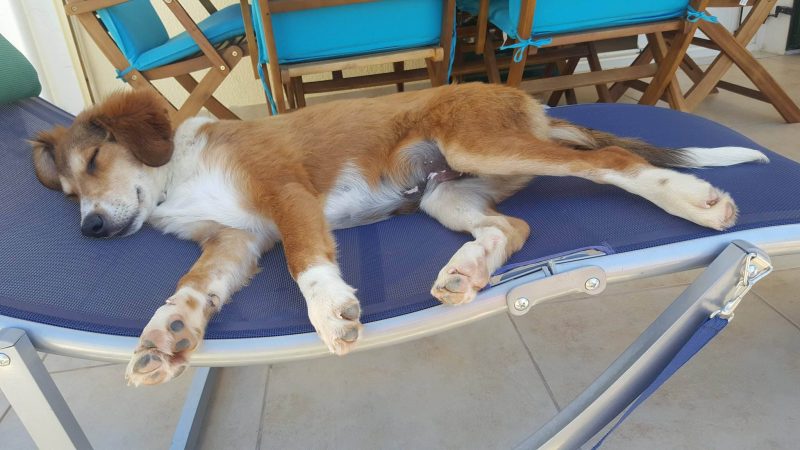 Theo very quickly adapted to life with us. 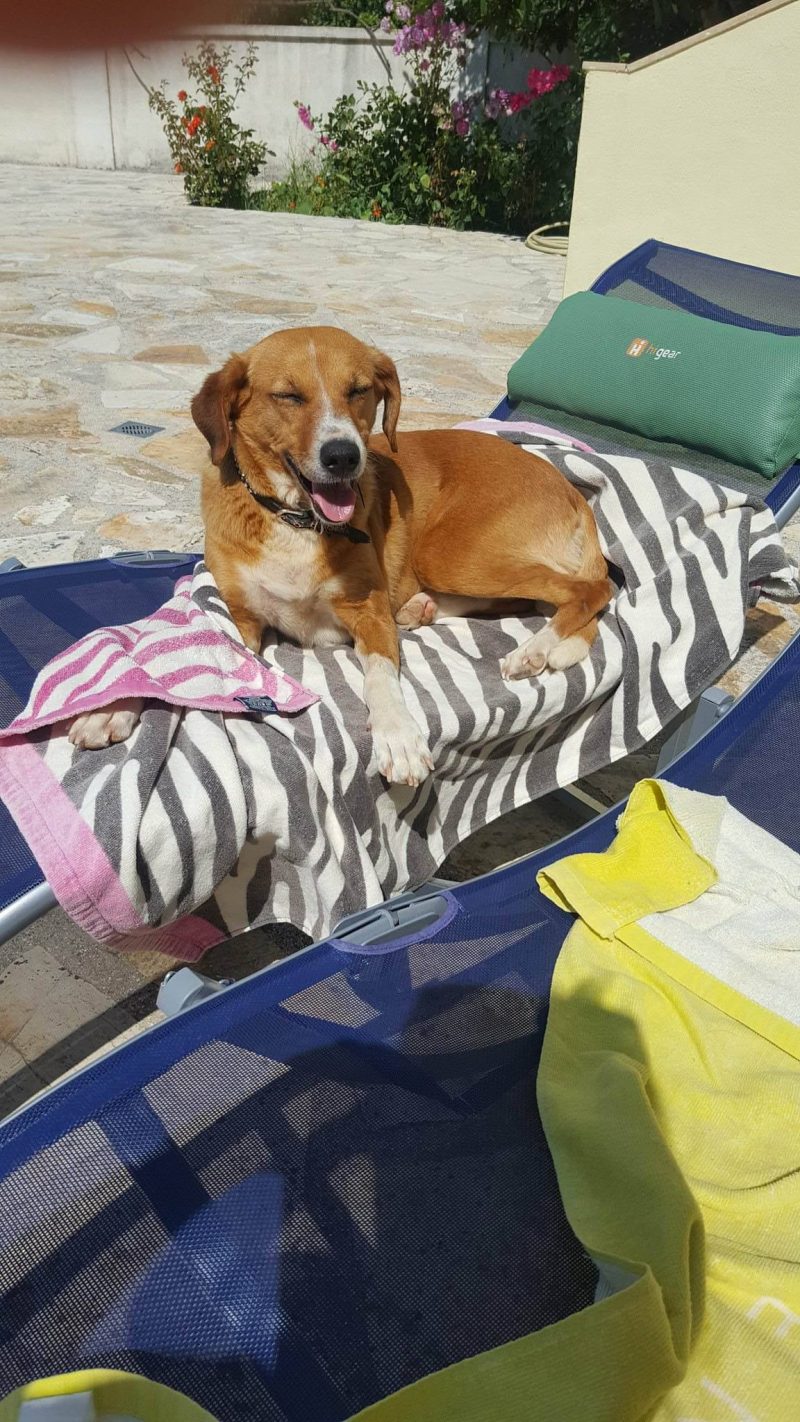 Mami is enjoying her new life.

Theo is a cheeky little chap.  He knows that when they both have treats that Mami doesn’t eat hers straight away but hides it under her blanket. Theo gobbles his treat straight away, then runs out of the door looking for an imaginary stranger. Mami not wanting to miss out on the fun then follows him out of the door. You have probably already guessed what happens next, poor Mami is looking around to find a stranger whilst Theo has crept back into the house and is sneaking under her blanket to steal her treat! Strange how Mami never actually realises what he is doing, he catches her out every time! 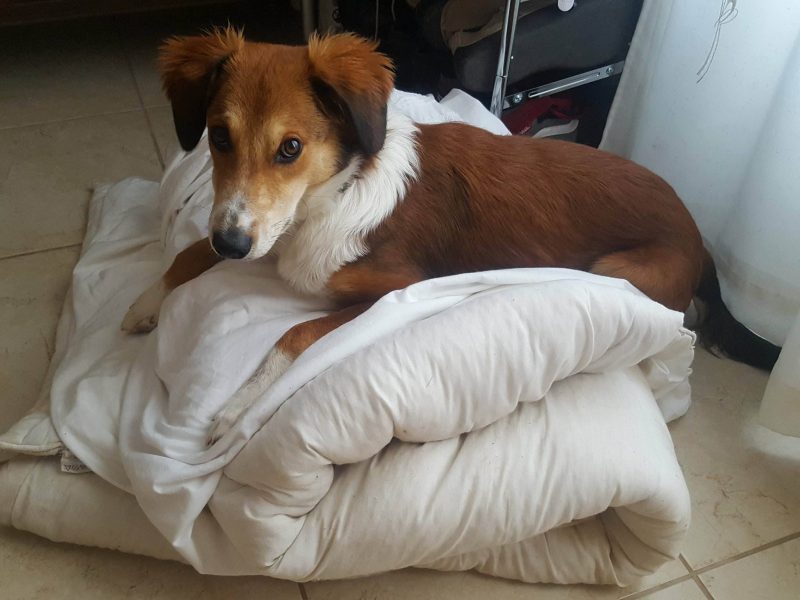 Mami and Theo are great friends and company for each other. Taking two ARKIES was most definitely the right thing to do for us. We chose two amazing dogs to complete our family.  We are totally besotted by them. 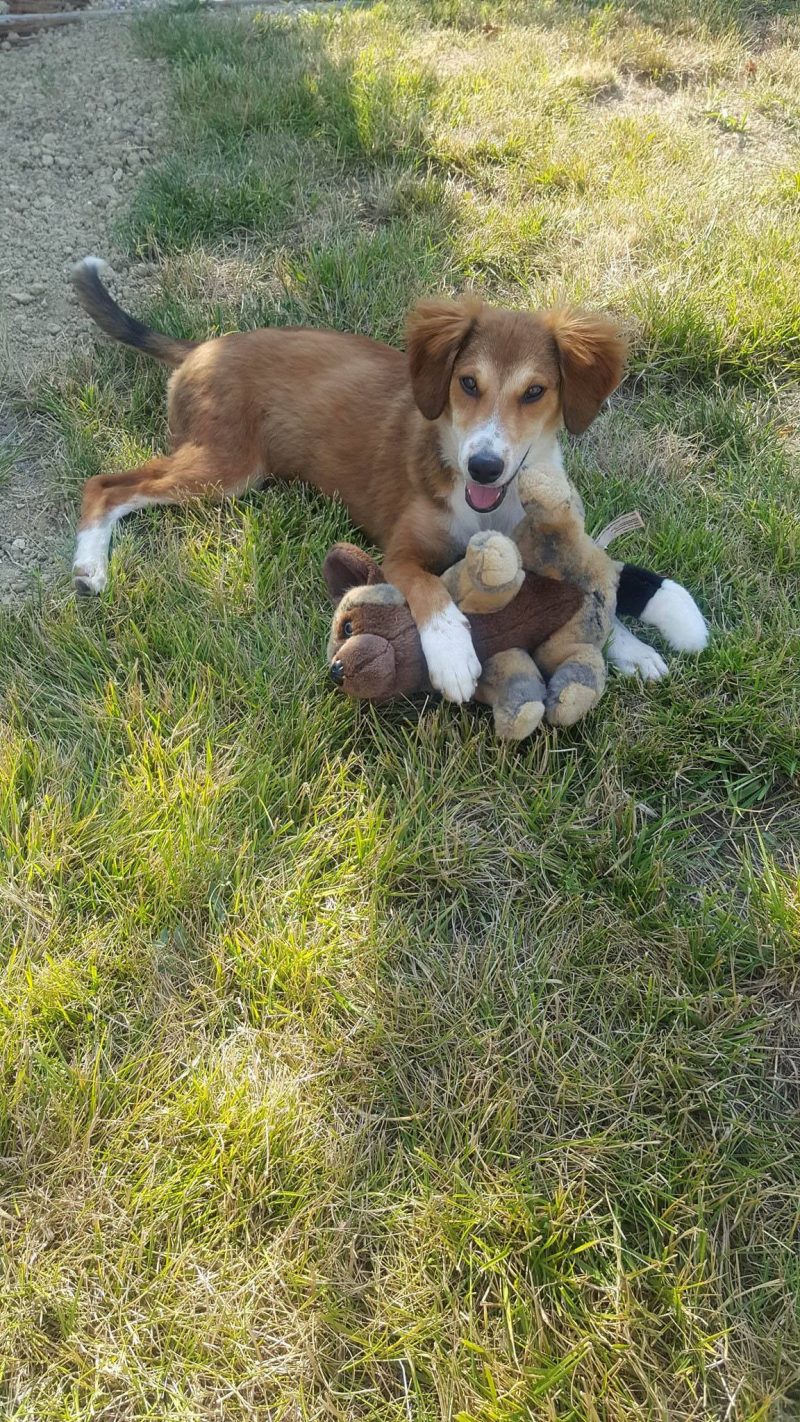 Theo with his favourite toy … 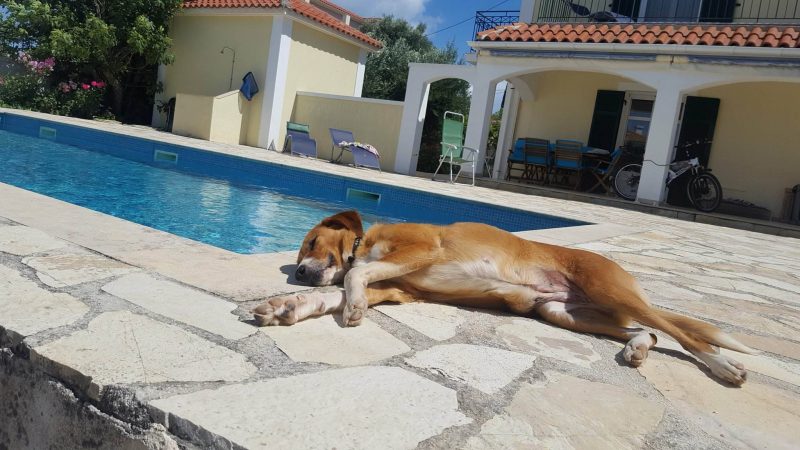 Mami relaxing by the pool, it is a hard life …

If anyone is considering adopting an ARKIE we can definitely recommend it. Theo and Mami have completed our family.

Making themselves at home! 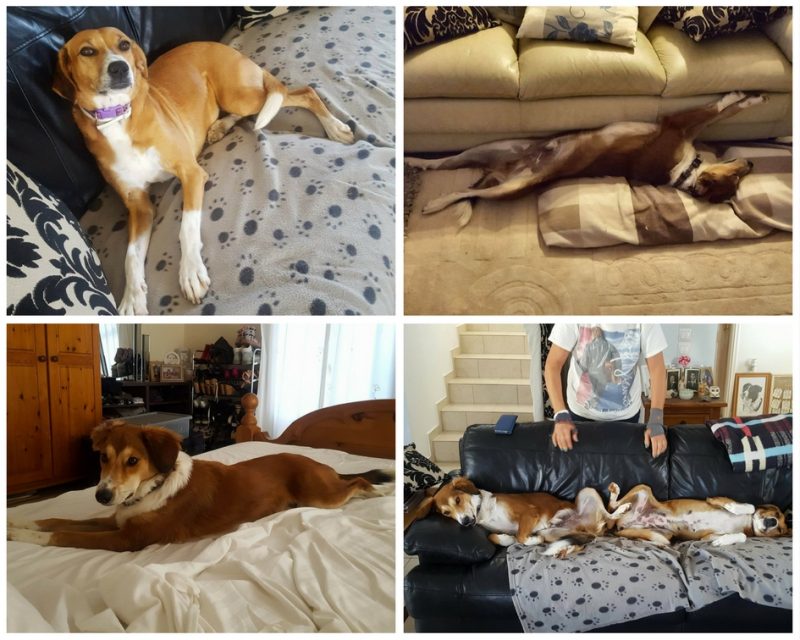 If you are considering adopting …